This repository contains a number of Gmod/TTT addons that I’ve made changes and improvements to for use by Dinkleberg’s Gaming Community.

Most (all?) of these addons were not created by me, and credit for them is reserved by the original creators, with the exception of the improvements made by me.

Implements an in-depth warn system, with which players, online or offline, can be warned by server staff. The system allows for configurable punishments for warn accumulation, custom warn reason presets, etc.

I’ve completely overhauled the system for giving out warns. Warnings are associated with configurable preset categories, each with a configurable number of points. Each category can be configured to have a number of preset warn reasons. When a player is warned, they (along with the server) are notified of the warn reason and how many points it was worth.

These improvements come with a number of related quality of life changes, like toggling expired warnings to be hidden in the menu, searching warned players by SteamID (in addition to by name and SteamID64), etc. In addition to these changes, I’ve added vastly improved autocomplete for console commands, inspired by ULX’s brilliant console autocomplete. 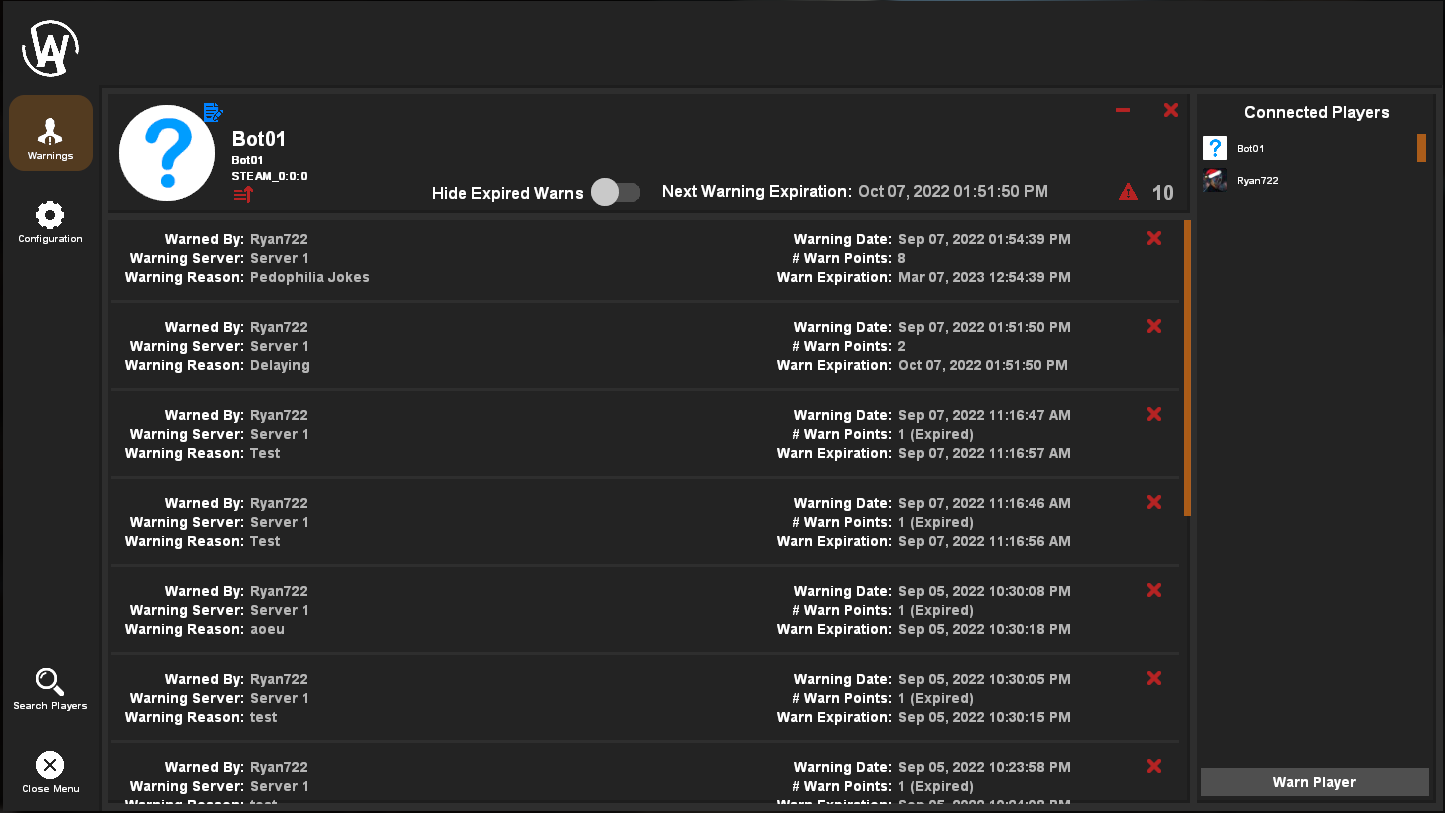 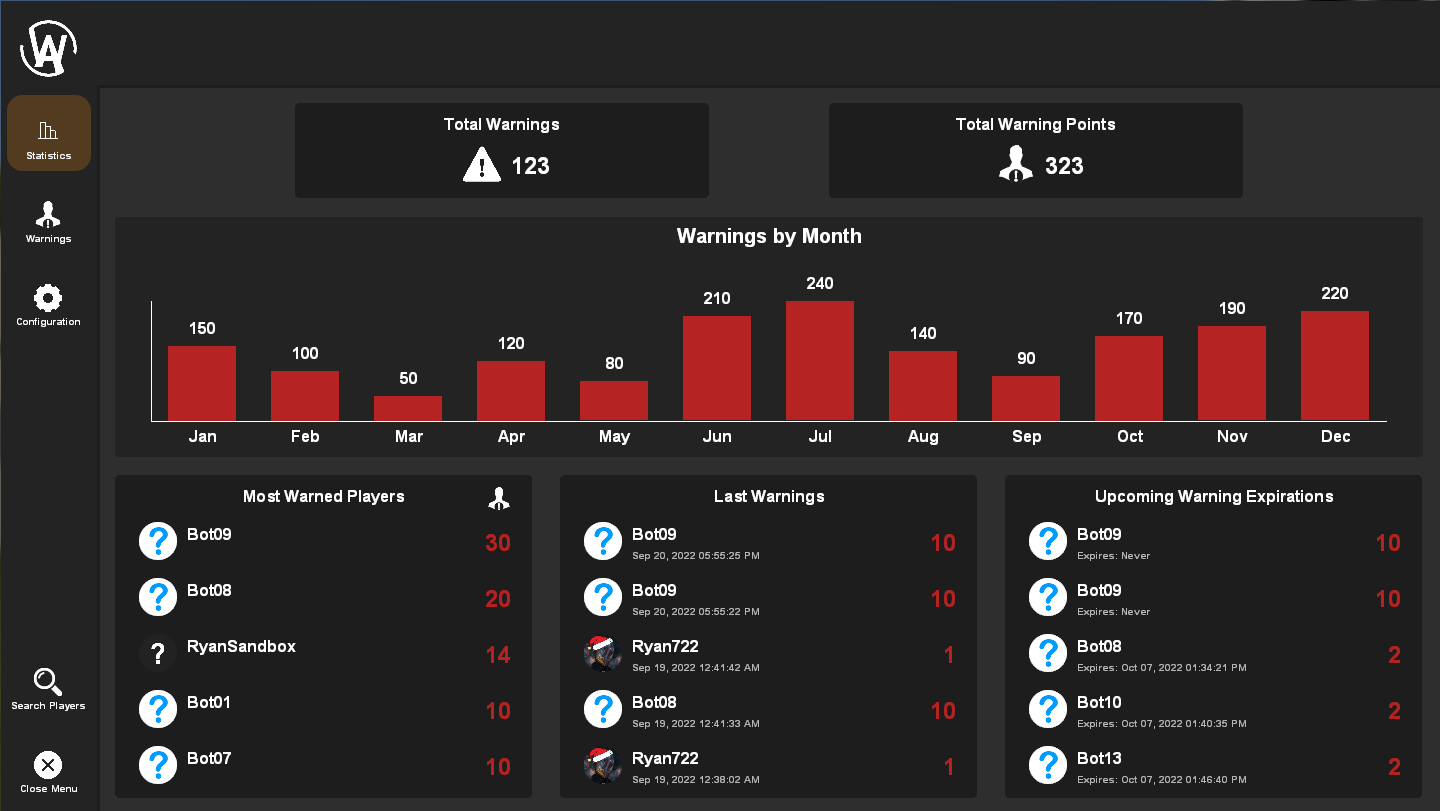 Adds a betting system to Pointshop, allowing players to bet on the outcome of a round. For TTT in particular, players can bet on a specific player winning and making it to the end of the round.

I’ve added the ability to toggle a playercount-based betting multiplier. By default, there is a static (albeit configurable) betting multiplier, which will be multiplied by the number of points a player bets to determine how much they would win. 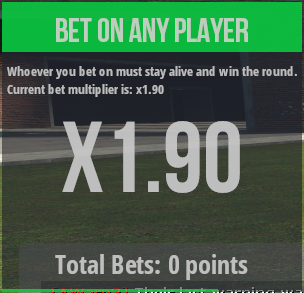 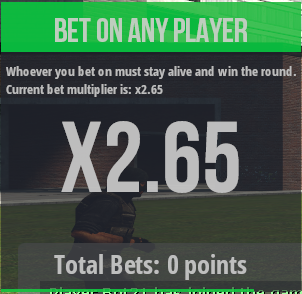 Adds a trading system to Pointshop, which enables players to trade items and points between each other.

Adds a voting system to the server, which in particular enables a mapvote to be called at the end of the round limit for the current map.

I added the !reopen command (configurable), to allow players to reopen the mapvote menu after closing it. This is useful if a player accidentally closes the menu, or if they want to change their vote.